April 2021 Best Ways to Minimize Lower Back Pain at Work April 2021 When Should You Get Joint Replacement Surgery Versus Regenerative or Non-Surgical Treatments? May 2021 Can BOTOX Injections Be Used to Reduce Pain or Headaches? May 2021 Which Conservative Treatments Can I Use to Help With Back Pain? 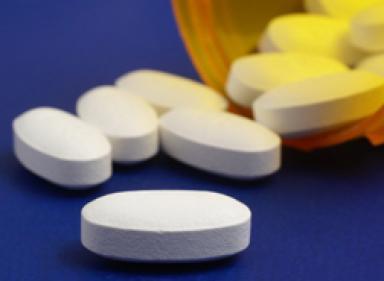 Medications can be very beneficial in the treatment of spine and other orthopaedic injuries. These medications are often utilized in treating both acute and chronic pain, and can be used in combination or by themselves.

These drugs are used for inflammation, swelling, stiffness, and joint pain. NSAIDs decrease the production of inflammatory chemicals at the source of the injury. Examples of NSAIDs include aspirin, ibuprofen and naproxen, and should be taken as directed on a continuous basis to allow the level of anti-inflammatory reach its maximum plasma level.

Muscle relaxants are effective in treating moderate-to-severe muscle spasm from acute musculoskeletal injuries. These drugs are not anti-inflammatory, but instead act on the muscles either centrally or peripherally, to reduce muscle spasms. These medications may cause significant drowsiness or dizziness and when taking muscle relaxants you should avoid driving or operating heavy machinery.

Narcotics are controlled substances, and work in the brain to deaden the experience of pain. Even though your pain may be coming from the structures in or around your spine, you don't actually feel the pain until the pain-signals reach your brain and are processed there. Instead of working at the source of pain like anti-inflammatories, narcotic pain medications work in the brain to regulate the brain's pain-processing ability so that you perceive less pain. Narcotic medications should not be taken for minor "aches and pains". Narcotic medications are for severe pain, and are indicated only for short (limited) periods of time. There is a risk of addiction and dependence if used incorrectly, and side effects may include drowsiness, nausea, and constipation.

In cases of chronic pain, long acting sustained-release opioids are used for the treatment of persistent chronic pain. These drugs contain opioids in a controlled-release formulation, and provide more consistent pain control.

Other non-narcotic analgesics may be used for moderate to severe pain. These control pain without the use of opioids. Sometimes these drugs have other primary indications, and pain relief is a secondary benefit. Neuropathic pain medications are a good example of a medication effective in treating nerve-related pain.

For additional information on medications used to treat musculoskeletal injuries and in pain management, go to www.webmd.com .

Non-Surgical Orthopaedics has been recognized as one of the top Marietta Rehabilitation practices. Verified by Opencare.com

Patients can contact us for purchasing and pricing information at 770-421-1420.